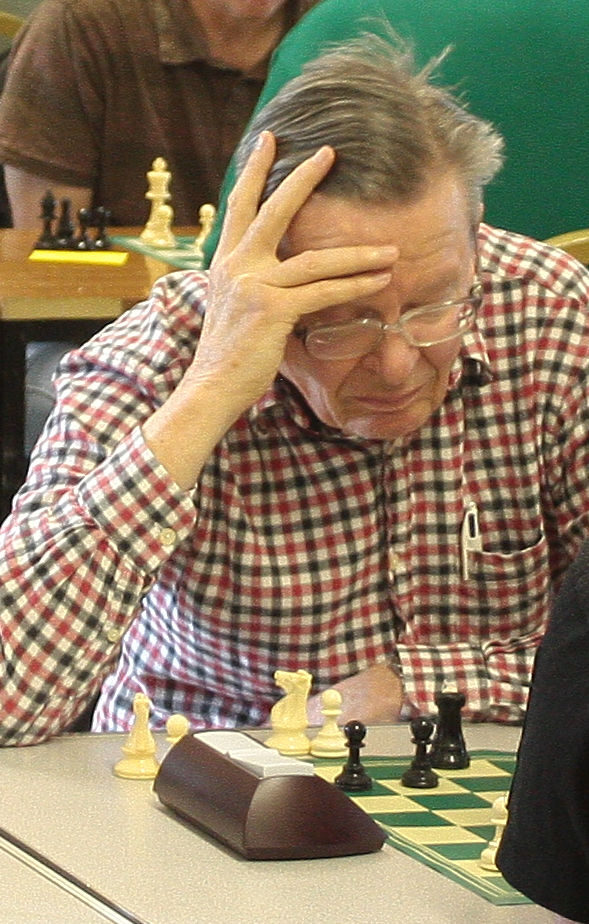 It is with great sadness that we report that Laurie passed away last night; he had become very frail of late.

The funeral will be a private, family-only, affair though the Club will be represented, by invitation.

Mark Murrell has commented, “I think it would be appropriate for the Club to pay its respects to Laurie at the commencement of round 2 of the Club Championship on the 22nd October, a competition he had a close association with and whose ethos as Controller is one that I follow today. Ever courteous and efficient, Laurie informed me of his withdrawal from the club championship yesterday, ahead of my intended visit this evening.”

Laurie was a member of the Club for 25 years, since 1994-95, and was Tournament Secretary from 1998-99 until 2009-10, a period of 12 seasons, but this was not his first administrative appointment, since he had already been elected captain of our London League second team when he was elected as Tournament Secretary and indeed held both posts until stepping down from both at the 2010 AGM.

A gracious and gentle man.

“WWW is the only acronym which takes longer to say than what it is short for.” – Stephen Fry

For any vehicle which does not meet the required minimum standard, a charge per day will be payable to drive within the ULEZ area. For more information on what these standards are, visit:

To check if your vehicle is compliant, visit:

Disclaimer: Wanstead & Woodford Chess Club accepts no responsibility whatever for the content of these websites or the results of your vehicle check via the above link; use these links on your own cognisance.

Images in Posts on this site come from freepik.com and Vecteezy Apart from photos separately attributed.